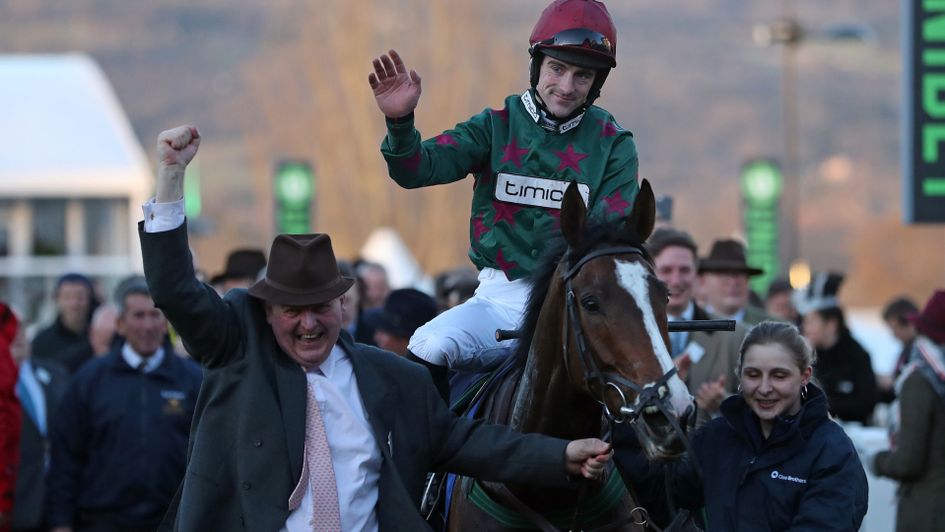 The BetVictor Gold Cup is the feature race of the entire three day Cheltenham Open meeting and just like we have seen in years gone by, this looks to be an incredibly open renewal of the event. Many horses appear well handicapped and look to have a good chance of winning this race, but perhaps none more so than the hugely improving Mister Whitaker, a rare national hunt runner for trainer Mick Channon.

Mister Whitaker comes here after winning his last three races, clocking up some very good victories as he improves at a rapid rate of knots. Of those three wins, the two from last season both came at this course, and one of them came in a very competitive Close Brothers Novice Handicap at the Cheltenham Festival.

He reappeared at Carlisle, winning a very competitive race up north two weeks ago, and that race will have put him spot on for this one, which was always his long term target through the summer. There is no doubt that the Carlisle race would have been part of his preparation, he wouldn’t have been 100% that day, but still he managed to win that race by over two lengths. He went into that race rated 145, and is now up to 152 but this is a horse that could go close to the top of the chasing division, and if he does he would still be well handicapped off 152.

One thing you know you will get from this horse is a consistent run. He has ran six times over fences so far in his short career, winning four of those, and finishing second and third in the other two. He is incredibly consistent, and moving up the ladder at a rapid rate of knots, I don’t think we have seen the best of him so far, I think there is more to come and that will be shown on Saturday in the big race.

Another rise in the handicap for Mister Whitaker will surely push him into graded company and a win here would mean he was more than capable of running in top graded company, not just minor events. Looking forward to the long term it would be no surprise to see Mister Whitaker turn up in a race like the Ryanair Chase at the Cheltenham Festival next March, such is the talent I think he has.

A horse at the bottom of the weights worth mentioning is Guitar Pete, a horse who ran 9th in this race last season after being badly hampered by a faller. He is 3lb higher in the weights this time around, but showed great promise at Wetherby on his seasonal reappearance at the beginning of the month. That was on ground too quick for him, and he should be far better off on the expected good to soft going on Saturday. Those looking for a big price runner could do a lot worse than following the Northern raider this weekend.

Kinks Looks Ready to Strike for Channon at Pontefract