Sam Spinner is Back Looking to Stake Stayers Hurdle Claim 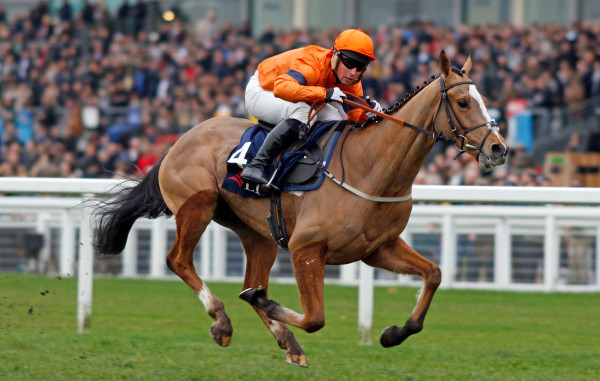 The exciting six year old Sam Spinner is back at Newbury on Friday in the Grade Two Long Distance Hurdle, looking to stake his claim as a Stayers Hurdle contender at Cheltenham in March. He ran in the race last season after quickly climbing to the top of the staying division but the race did not go his way at all. He is a very talented front runner, and needs a really strong gallop but they went no pace at all in the race last season, something that was against him.

He will certainly have enough on his plate on his seasonal debut, with Wholestone and Unowhatimenaharry both in opposition. If Sam Spinner wants to win a Stayers Hurdle, then he has to be beating horses like this but they do set a good benchmark, and they both have the advantage of having a previous run.

Unowhatimeanharry has failed to show too much spark in his last few runs, and finished behind Wholestone last time out. He has something to prove, but the additional distance here will certainly help him, and he has an outside chance of causing what would be a small upset.

Wholestone is a very talented horse who is versatile regarding the trip he runs at, and three miles is certainly one of his best. He won nicely on seasonal reappearance over a shorter trip and he is only going to improve for the step up. However, if Sam Spinner is ready for his first run of the season then Wholestone may have to step aside, along with Unowhatimeanharry, and let the youngster take charge.

After rising through the ranks last season, Sam Spinner has expectations on his shoulders right from the start this season. There is no doubt that he is an incredibly talented horse, and he looks set for another campaign running in some of the best staying hurdle races we have.