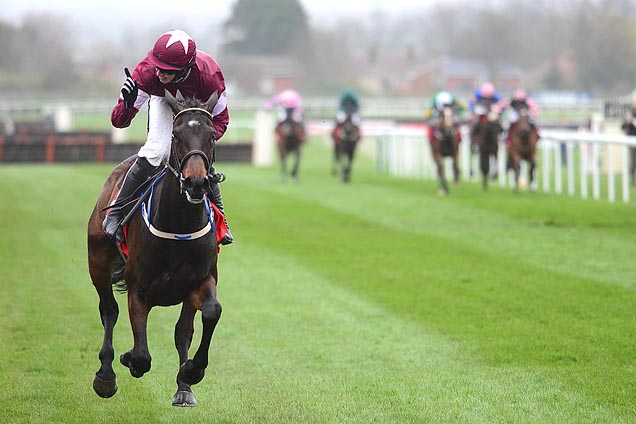 After two disappointing defeat at the end of last season when she was an odds-on favourite to win, Apple’s Jade came into the new campaign with a slight question mark hanging over her. Over the weekend she made her reappearance in the Lismullen Hurdle at Navan, and she firmly answered those who have doubted her.

Coming into the race her trainer Gordon Elliott reported that she was very well at home and showing the signs of old, he thought she was back to her best. In a race with no pace on, jockey Jack Kennedy decided to make the running on the wonderful mare, and she went on to make all for him, eventually winning by 11 lengths.

She jumped well, she travelled beautifully and when she was asked to kick on and win the race, she showed that her engine remains, and she is back to being the horse that has won a number of top prizes over the past few seasons.

This victory gave her back to back wins in the Lismullen and her next target is another race she won last year, the Hatton’s Grace at Fairyhouse which is on the first weekend in December. Based on this performance she is going to take a lot of stopping in that event, and she has been shortened in the betting for the Mares’ Hurdle at Cheltenham on the back of it. She is now 3/1 from 4/1 for that race, which will be her main end of season target and was one of the races she disappointed in last season.

This is only the start of what will be a very long national hunt season but the early signs show us that Apple’s Jade is back and she will be the force she was once again over hurdles.