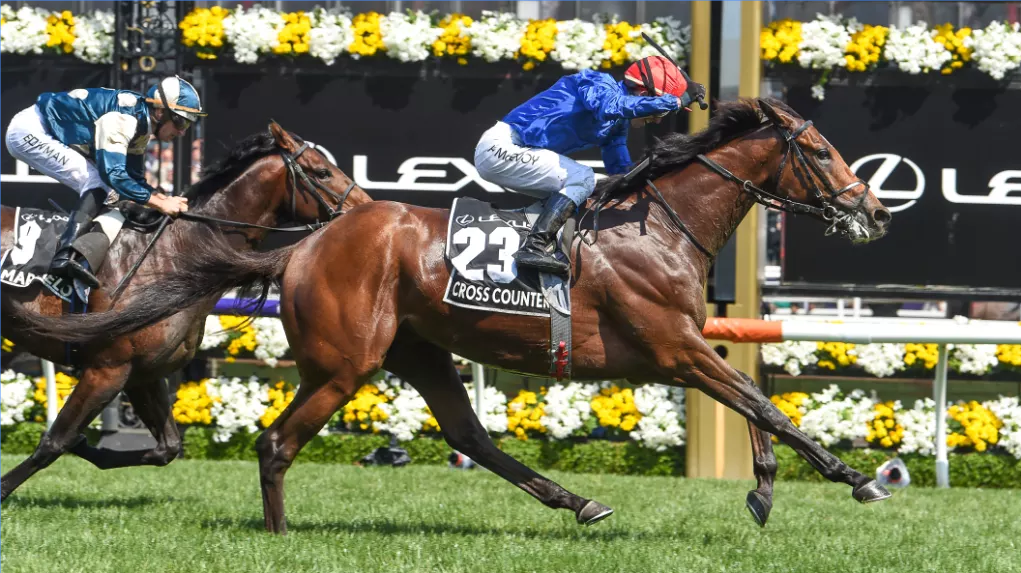 Cross Counter, trained by Charlie Appleby in Britain, landed the Melbourne Cup down under in what was another scintillating renewal of the race that stops a nation. There was further delight for the British runners, as Cross Counter led home a British 1-2-3, with Marmelo finishing second for Hughie Morrison and A Prince Of Arran finishing third for Charlie Fellows.

The three year old, owned by the Godolphin operation, was given a fantastic ride by Kerrin McEvoy, coming from right out the back to swoop and take the prize. The race was not run at a quick pace like we have seen in years gone by, which should have made coming from the back even tougher, so the performance from Cross Counter could be an even better one than it looks.

The Europeans appear to finally understand how to crack the big race down under if the last two years are anything to go by. Last year we saw the Irish have a 1-2-3 in the race, and this year the British challenge did the same. For a long time, the Aussies have dominated their own race, but the tide appears to be turning, and we are seeing more European challengers go down under, and come away with big prize money.

One big disappointment from the race was that the Aidan O’Brien trained Cliffs Of Moher broke down during the race and lost his life. There was also a setback for Magic Circle, a British challenger who had been kept off the track for this race. He burst a blood vessel during the race, preventing him from having any chance of making an impact.

The star of the show was Cross Counter and his trainer Charlie Appleby, giving him a victory that he will certainly never forget. Kerrin McEvoy rode his third winner in the race on board, and was rewarded for getting down to just eight stone to get the ride. The horse looks to be an impressive stayer, and he will be an interesting prospect back in the UK next season.