Footpad and Apple’s Jade Return in Ireland this Weekend 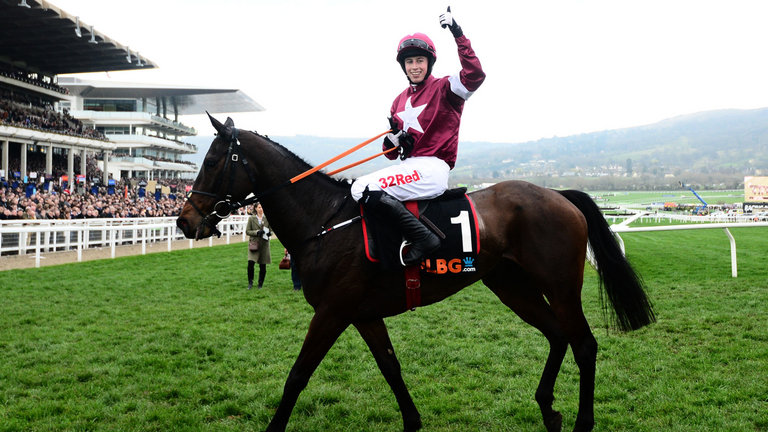 Footpad is a horse that doesn’t really have a plan for the season, although where ever he eventually runs he will be strongly fancied. He ran over two miles last season during his novice year, and begins over two miles this season, but there is talk about him moving up in trip for the King George at Kempton on Boxing Day. We saw him run over three miles at Punchestown over hurdles so there is every chance that he will stay the distance over fences.

His reappearance race looks to be the perfect starting point for him, and gives him the ideal opener before moving onto a better quality race.

A day later, Apple’s Jade returns to the race at Navan in what looks to be a very good Lismullen Hurdle. She was a beaten favourite in here last two runs of last season, losing at the Cheltenham Festival and the Punchestown Festival, but she is a high class horse who will be looking to bounce back here.

Her trainer Gordon Elliott saddles three of the six runners in this race, and he may bring the main danger to her in Identity Thief. He won a grade one at Aintree last season in good fashion, and that came on the back of a very respectable 4th place finish in the Champion Hurdle.

Apple’s Jade would probably have liked a slightly easier assignment for her reappearance run, and she is going to have to be close to her best to beat those she takes on this Sunday. She is on the comeback trail after two costly defeats at the end of last season, but we know how talented this mare is, so write her off at your peril.

Many of the big guns are starting to come out now and we are seeing another two in Ireland. Both Footpad and Apple’s Jade will have far bigger targets to aim at later on in the season, but horse racing fans will be hoping to see them get back in the winners enclosure over the weekend.