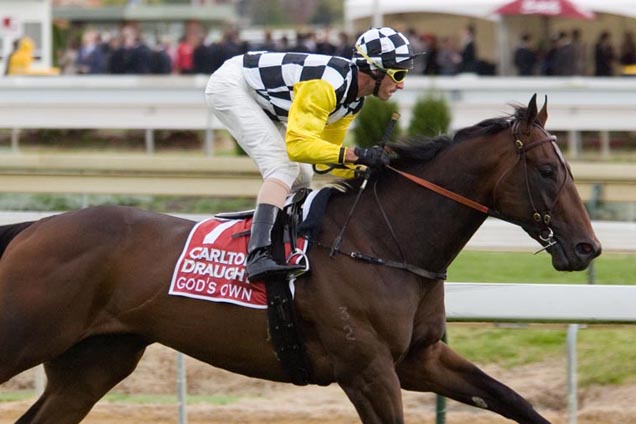 God’s Own took the Haldon Gold Cup at Exeter on Tuesday, recording his first win since April 2016. The Tom George trained 10 year old has ran some very good races in defeat, but always struggled to land a blow at the top level. With the drop down to a Grade Two handicap, he was able to finally get his head back in front and win a race.

The Haldon Gold Cup is often full of classy horses, and the race on Tuesday was no different. The top weight in the race was Diego Du Charmil, rated 157 and of the five who went to post, four of them were rated in the 150s. Although a handicap, we often see many horses start off in this race before going on to contest the top level graded races throughout the season.

That is exactly where the winner is going next according to his trainer. Providing the ground is suitable, and not too soft, God’s Own will head to the Tingle Creek at Sandown next month to take part in the Grade One two mile race.

In the past we have seen God’s Own run good races in defeat behind the likes of Altior, Waiting Patiently and Fox Norton, showing that he is capable of running against top class animals. He may fall short, but it is good company and races that he deserves to run in.

Picking up the winning prize yesterday will certainly have helped his confidence and he will be looking to find another winning opportunity in the near future. He may have to drop down in grade to win again, but for now the sights are firmly set on the Tingle Creek at Sandown, a race which brings together the very best two mile chasers in training