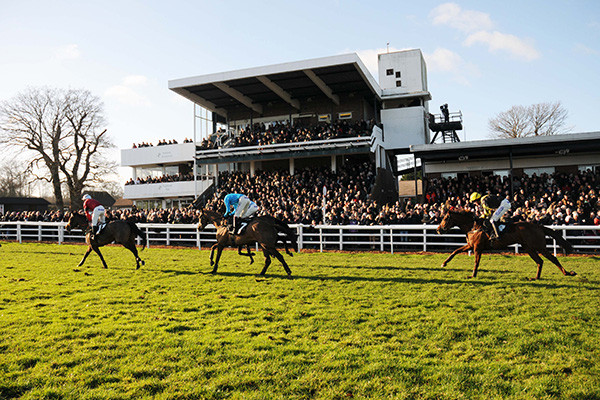 When you see a novice chase with an entry from France and one from Ireland, you don’t expect the racecourse that is hosting it to be Plumpton. However, that is exactly what we have at the course on Sunday, as well as a number of good English challengers in what is by far the most fascinating race of the day. Guillaume Macaire sends across Master Dino, a Grade One winning hurdler who has already had an impressive debut over fences, and he is not the only one to be heading across the sea for this one.

Gordon Elliott has also got invovled in the race, and he sends Glenloe across, a horse who will be making his chasing debut in the race. On top of that, dual winner Knocknanuss heads the weights with a penalty and Slate House from the Colin Tizzard yard makes his seasonal reappearance, which is also his first chase run.

The reason we have this fantastic race is thanks to a bonus that Plumpton have put up for a horse who wins a novice chase at their track, and then goes on to win a race at the Cheltenham Festival. They have already attracted Kalashnikov to the track, and they have been rewarded better than they imagined with the race they have lined up for Sunday.

Master Dino comes across the channel on the back of five wins in a row, four over hurdles and one over fences. Those hurdles wins were high quality, with three in Grade Three company and one in Grade One company. That Grade One win was by a margin of eight lengths, and was mightly impressive, anything like that form over fences and there is no doubt that this horse could go right to the top, whether it is in the UK or back home in France.

His chasing debut wasn’t a graded race, but he couldn’t have been any more impresssive, winning by 30 lengths without being touched. Not only did he travel great that day, but he also jumped very well, and looked a natural over the bigger obstacles. He has something else to contend with on Sunday, and that is the travel to the UK, but there is no doubt that this horse is special and he is more than capable of overcoming the travel issues.

Glenloe adds another interesting element, with Gordon Elliott and JP McManus combining and sending him over. This is a tough ask on chasing debut, but on the other hand they must feel that the horse could be a good chaser, and they would surely run at a local track on chasing debut if they felt that the horse would either need the run or not be up to the task of winning a race like this.

As far as the home challenge goes, Knocknanuss brings the best form to the race after two wins from three starts over the bigger obstacles. His first run was at this course, and he was travelling very well when falling, he was well in the lead that day and would likely have won the race. Since then he has ran twice and won on both occasions by 21 lengths and 17 lengths. It’s not about the horses he has beaten, but more about the impressive fashion in which he has done it and if this was a normal race there is no doubt he would be strongly fancied yes again, unfortunately though it is not a normal race.

Slate House adds another element to the race and he won twice over hurdles from six starts last season, including when beating the talented Summerville Boy in a Grade Two at Cheltenham. Things didn’t really go to plan after that race, but the belief with him is that he has always been a chaser, and won a point to point before being sold into the Tizzard yard. Just like with Glenloe, this is a huge task for him on debut, but the team must think he is capable of taking on this kind of company to put him in the race knowing that it would attract a good field due to the bonus.

We very rarely get good races like this one on a Sunday in the UK, but this in an exception and those in attendance at the track along with those watching at home on TV are in for a treat when six go to post at 1:10 for this one. 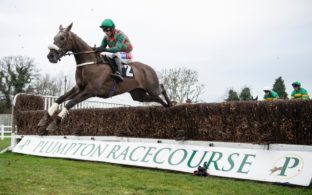 JLT Favourite Master Dino Ruled Out for the Year