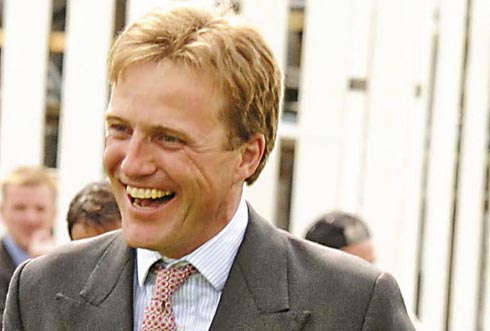 Moon King has already won three times this season, and heads to Haydock this afternoon in search of a fourth. Just last week we saw him come home for his most impressive win yet at Nottingham, going away from the field to win by four lengths. He has a penalty to carry for that win here, but that may not be enough to stop him as he looks to have a great chance of winning again.

There will be a lot of talk about the ground at Haydock, but it shouldn’t be of any concern to this horse. They raced on it both Friday and Saturday last week, eventually making it heavy and it is forecast to be soft today, before any further rain arrives, so it could well turn heavy again. However, Moon King has already shown his liking for soft ground when running well at Nottingham last year, and this season he has been doing his winning in slow conditions, although not as slow as he will see today. He should handle it better than most, and is of course on a great run at the moment.

He started this season on a mark of just 60, which he had no trouble overcoming on seasonal debut at Wetherby. He has since won again at the West Yorkshire track before completing his hat trick off 70 at Nottingham last week. He has a 6lb penalty here which takes him up to 76, which is likely to either be his mark going forward when it is revised, or slightly below it which would make him well in.

Ralph Beckett likes his horses to progress throughout the season and develop with age, and it looks as though that is exactly what this horse is doing at the moment. He is a total of 16lb higher right now compared to his first run of the season, but that doesn’t mean his winning has to end yet.

This isn’t a bad race, but it does look to be one well within the reach of Moon King, especially on this ground, and he is taken to land his fourth win in a row as he continues to progress through the handicap ranks.