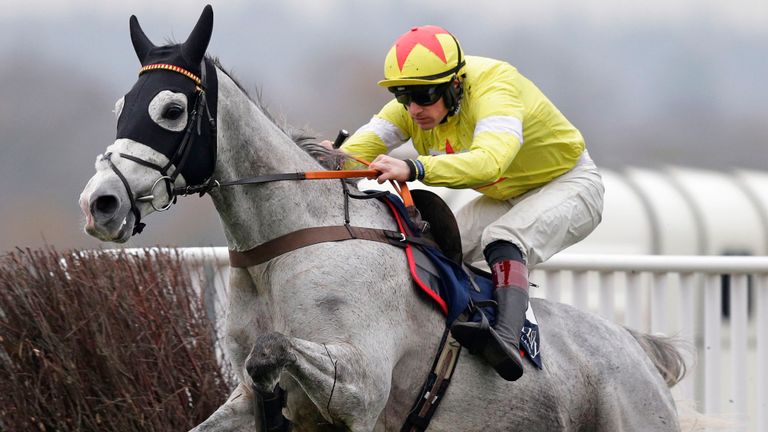 The likeable grey Politologue advertised his claims as a potential King George horse over the weekend, with a win in the 1965 Christy Chase at Ascot. He stayed on very nicely to win the race, beating Charbel and the further he went, the better he looked. A step up in trip has always been talked about, but it seems now is the time to do that.

The one advantage of having a go at the King George is that the three mile test around Kempton is one of the easiest there is. Any non-stayers are usually ok at Kempton, and that would certainly aid his chances. He is a lovely traveller as we saw on Saturday, and he has the ability to cruise into a race on the bridle. The jumping test at Kempton can be tough on horses, and having one that travels nicely is certainly a positive around that track.

The horse that finished second on Saturday, Charbel, is another horse that is potentially being aimed at the King George, with trainer Kim Bailey contemplating supplementing him for the big race. He thinks his horse would improve for the step up in trip and after seeing him stay on up the long straight at Ascot, he could certainly be right.

The King George offers a unique test of both speed and stamina, and we often see a combination of speedsters stepping up in trip and stayers hoping to outstay their rivals. We look set to have two speesters trying their luck up in trip this time around, and although they would more than likely be outsiders for the race, Politologue and Charbel would be live outsiders for the contest.

We are just one month away from the big race on Boxing Day, and already the field appears to be coming together nicely.