Punters Fail to Learn Much from Laurina Reappearance Win 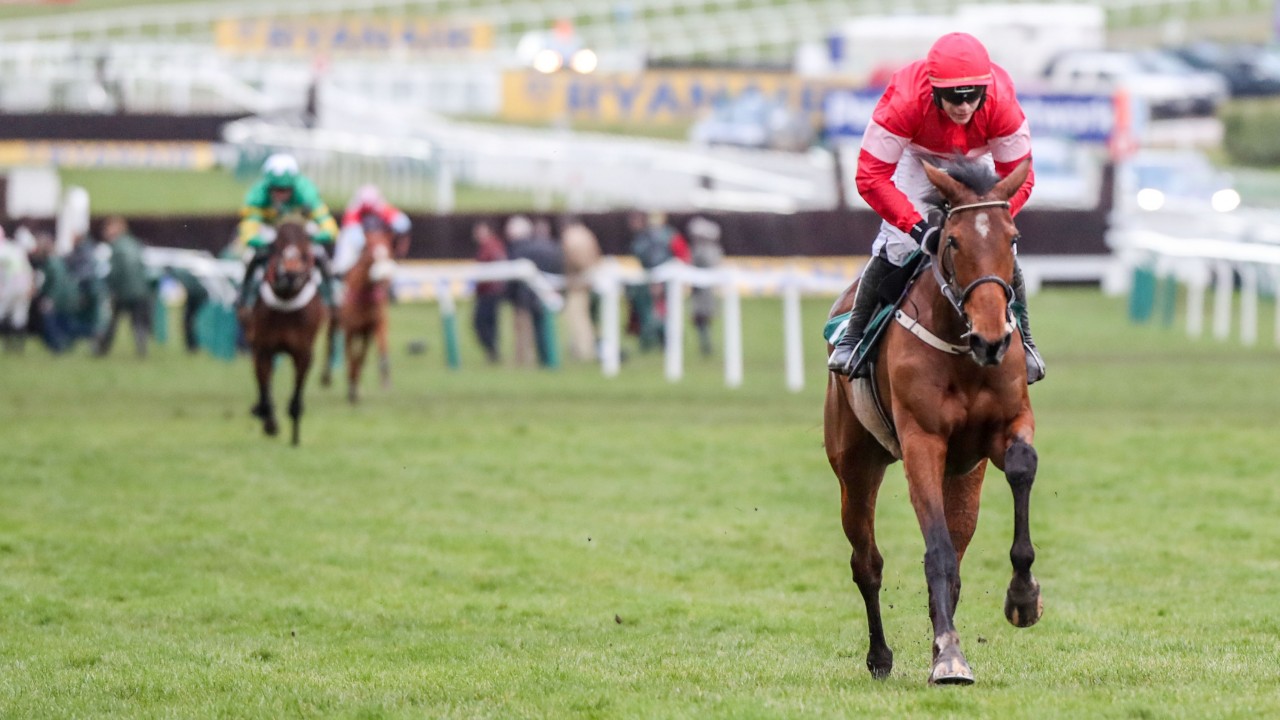 We finally saw Laurina this season, but unfortunately both punters and bookmakers were left in the dark regarding her chances in the Champion Hurdle at the Cheltenham Festival in March. The superstar mare, trained by Willie Mullins, won on the bridle but only beat one rival after two non runners cut the field in half from four to two. Her only rival Sensulano didn’t handle the ground, leaving the mare to win by 48 lengths.

Bookmakers were as much in the dark as punters after the race, and she remained unchanged at around 7/2 for the Champion Hurlde in March. She was sent off the 1/8 favourite for the race at Sandown, and those who took the short odds about her winning never had any doubt about their money.

The one big question mark hanging over her remains whether she has the speed and jumping ability to win a top class race over two miles. The two and a half mile trip that she won over at Sandown looks to be her optimum, and we never got the chance to see how much speed she has with just two horses in the race. That was a disappointment but at the end of the day, she could only beat what was put in front of her, and she did that in style.

The Mullins team have a big decision to make with Laurina, whether she goes for the Champion Hurdle and takes on Buveur D’Air or heads to the Mares Hurdle race and takes on Apple’s Jade. Both horses will be difficult to beat, but the Mares Hurdle will likely have a lot less depth in it compared to the Champion Hurdle. There is also the question about the distance, she could be inconvenienced by the drop to two miles, we simply don’t know.

At the start of this week when Laurina was mentioned as a possible runner for the Sandown race, punters were excited that they would learn something about her after she had not been seen since the Punchestown Festival in April. However, despite seeing her on a racecourse, other than confirming her fitness and well-being there is little that we have learnt, and we are still in the dark regarding what wil suit her the best, and what race she will head to in March.

After the race, trainer Willie Mullins said that he would prefer to get another race into Laurina after she did nothing other than stretch her legs at Sandown, although what race he will target with her remains to be seen. Then it will be to the Cheltenham Festival for her, although again we don’t know what race she will go for. The Champion Hurdle appears to be Plan A, although as ever with Willie Mullins you can never discount anything, so don’t forget about the Mares Hurdle, or potentially even the stayers, which looks to be wide open and would certainly be the easiest race of the three.

Laurina did nothing wrong, but she also didn’t show anything, and the mystery around the mare continues.