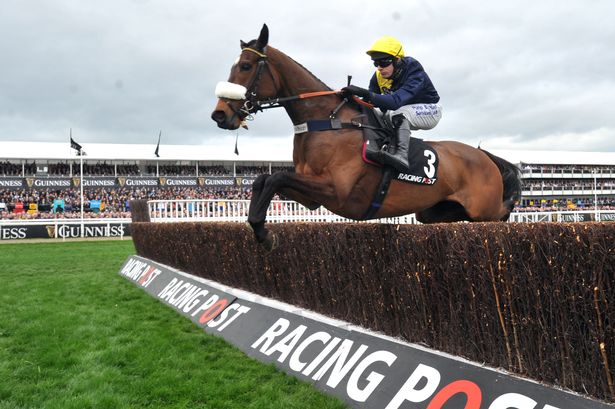 The Christy 1065 Chase at Ascot on Saturday may only have six runners, and we have the absence of Min from the early declarations, but it is still shaping up to be a fantastic race. The grey horse Politologue heads the field but with a penalty to carry and the lack of a recent run he could be a vulnerable favourite here. One horse who doesn’t have a penalty and does have a recent run is Charbel, who put up a top notch performance last time and he looks to be the one to side with in this race.

We have seen Charbel twice this season, on both times carrying a lot of weight in handicaps. He moves back into graded company here which eases the weight on his shoulders and that could be telling. His form from last time out received a huge boost last weekend, and he deserves upgrading because of that. He won a handicap at Chepstow, beating Barron Alco inot second place, who won the BetVictor Gold Cup at Cheltenham last weekend with ease. That is a timely boost here, putting something else in the favour of Charbel.

Benatar was scheduled to run in the BetVictor Gold Cup last weekend and was very strongly fancied for the race until he was pulled out late morning. However, while he may be fancied for handicaps, the mark he is currently on means he has a fair but to find with these graded class horses, and this could be a step too far for him.

The Christy 1965 Chase looks to be a tight matchup, with a few horses involved but Charbel is the one that has most going for it ahead of the race. With fitness, and a timely boost to his recent form, I will be looking towards Charbel to pick up the win in this race on Saturday afternoon.