Thistlecrack Could Return this Weekend at Wetherby 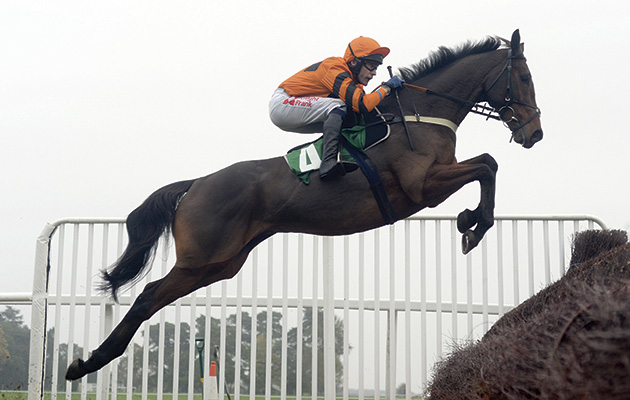 Many jump fans will agree that it is unlikely we will ever know just how good Thistlecrack could have been over fences due to injury. Just when his career was moving in the right direction and he was taking the racing world by storm, injury prevented him from running in the 2017 Gold Cup. He returned to racing at the end of 2017, with the 2018 Gold Cup his main target, but injury again stopped him from making the race.

Preparations for the 2019 Gold Cup are well underway already, and the first stop is hopefully going to be Wetherby on Saturday. There is a little doubt surrounding that, but that is all to do with the ground at Wetherby, and nothing to do with the horse. Currently the going is described as good, and according to trainer Colin Tizzard, the ground needs to be good or softer for Thistlecrack to run. With rain forecast and watering taking place at the course, we should get that, and Thistlecrack should run this weekend.

The race is the Grade Two Charlie Hall Chase, and last year’s winner Bristol De Mai could be one of the horses up against Thistlecrack at the weekend. Other entries include Black Corton, Definitley Red, Clan Des Obeaux and Double Shuffle in what is shaping up to be an exciting renewal up in West Yorkshire.

This is the first step on what is going to be a long road for Thistlecrack but one that will hopefully lead to the 2019 Gold Cup. Should things go well at Wetherby then there is a chance that he will be aimed at the £1 million bonus for staying chasers, which takes in the Betfair Chase at Haydock, the King George at Kempton and the Gold Cup at Cheltenham. It’s a big ask, but if Thistlecrack could somehow get back to his best then he would certainly have a chance of completing that.

Now a 10 year old, we may always be wondering ‘what if’ with this great animal, but it would be fantastic if he came back and showed us what he is capable of this season. The race on Saturday looks winnable if he is fully tuned up going into it, and of course he has to turn up first. That will be revealed at 11am on Friday morning, when the final card is out.