Withhold Ruled out of Melbourne Cup after Bleeding from the Nose 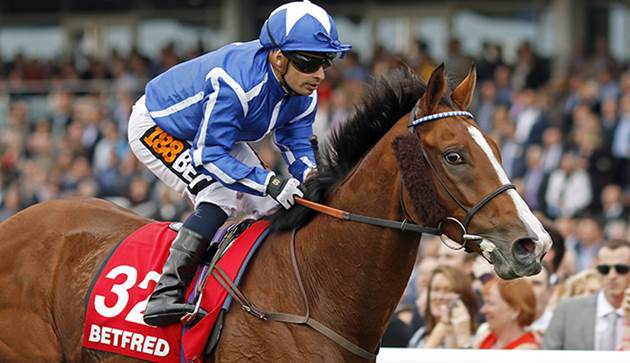 The Melbourne Cup dream is over for owner Tony Bloom and trainer Roger Charlton. They sent their five year old gelding Withhold down under after hatching a plan 12 months ago, but after the horse bled from the nose in his first Australian race at Geelong Park, the dream is over. Australian racing rules stipulate that any horse that bleeds from the nose during a race is not allowed to run for three months, forcing Charlton and Bloom to bring their horse home and plan for next season.

The plan for this season started back in October 2017, when Withhold won the Cesarewitch handicap at Newmarket. He was put up 11lb for that win, and the next time he appeared wasn’t until June 2018 when he was sent off favourite for the Northumberland Plate. That was another race he landed, giving connections a big staying handicap double and dreams that their horse was capable of competing in a Melbourne Cup at the end of 2018.

The Geelong Cup came first, with the horse needing to win or run very well to get a penalty that would secure his place in the Melbourne Cup, but that is where disaster struck. He began well, and cruised into a nice position on the bridle. However, things took a turn from there, and jockey Kerrin McEvoy was quickly at work on board the five year old before he faded through the field to eventually finish in eighth position, five lengths off the winner, Runaway.

As other horses returned to the parade ring after the race, Withhold and McEvoy were nowhere to be seen. Eventually they appeared, alongside Tom Charlton, who had taken the horse over and Charlton’s shirt had blood on it, which had been dripping on him from the nose of Withhold. You could tell from watching the television pictures that the camp was heartbroken, and they knew their dream was over.

After paying £75,000 to get Withhold across to Australia and entered in the big one, this will be a hugely disappointing end to the campaign. They planned their entire 2018 season around running in the Melbourne Cup and have missed out on many big days back home to keep the horse well handicapped for this moment.

With such a light season, and still very low mileage on the clock it seems very likely that we will see Withhold back in action again next season. Connections clearly think that he is capable of winning a big prize from the handicap mark he is on at the moment, so that will more than likely be the early season aim. They could build up to another tilt at the Northumberland Plate, but don’t be surprised to see this horse tested even further and moved up into group company as 2019 progresses. He is clearly a very talented animal, and one that is very well thought of, showing signs that he could be much better than a top handicapper.