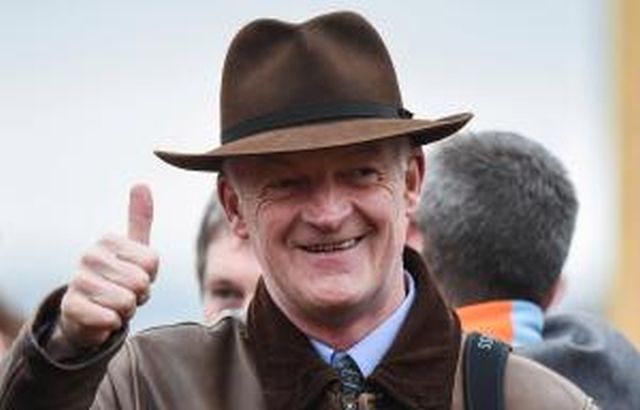 Willie Mullins and the Champion Bumper at the Cheltenham Festival go hand in hand. The master Irish trainer always has a strong hand in the race, and he has won it three times in the last seven years, including last year when Relegate stormed up the hill to win at 25/1.

However, this year things will be very different for the Closutton handler, as he has just one horse remaining in the race at this stage. Blue Sari will be the sole representative for Mullins on the day, which is in stark contrast to what we normally see from him.

However, looking back at the past winners he has had, and it may be a tip in itself that Mullins only has one entry. Over the years, we have seen Mullins have just one runner in the bumper on eight occasions, and he has won the race on four of those. It seems that it doesn’t really matter what his approach is, you have to respect and fancy his runners in this race.

Blue Sari is a best priced 9/2 going into the weekend, with punters already looking at him as a potential Mullins good thing. The horse won by 11 lengths on debut for Mullins and has since been bought by JP McManus, an owner known for having good horses and buying nice prospects. We may have only seen this horse once, but he has done enough to justify being a short price for such a competitive race.

Mullins has blamed his lack of entries in the race on the fact that the ground over the winter was a lot quicker than normal. This has prevented a lot of horses running in both the UK and Ireland, and Mullins has admitted to struggling to get his bumper horses out as quick as he would have liked to, hence the shortage of runners in this race. He did have two horses entered originally, but Mt Leinster was taken out of the race on Thursday.

We may see a small field for this one, with just 18 horses remaining in the race at this stage. Only seven of them are Irish runners, in a race that they normally dominate and these youngsters have all felt the effect of good ground throughout the winter. Hopefully the field stays intact and we have a good number of the 18 going to post next Wednesday, giving us a bumper that is as competitive as ever.