Bristol De Mai Completes Back to Back Betfair Chase Victories 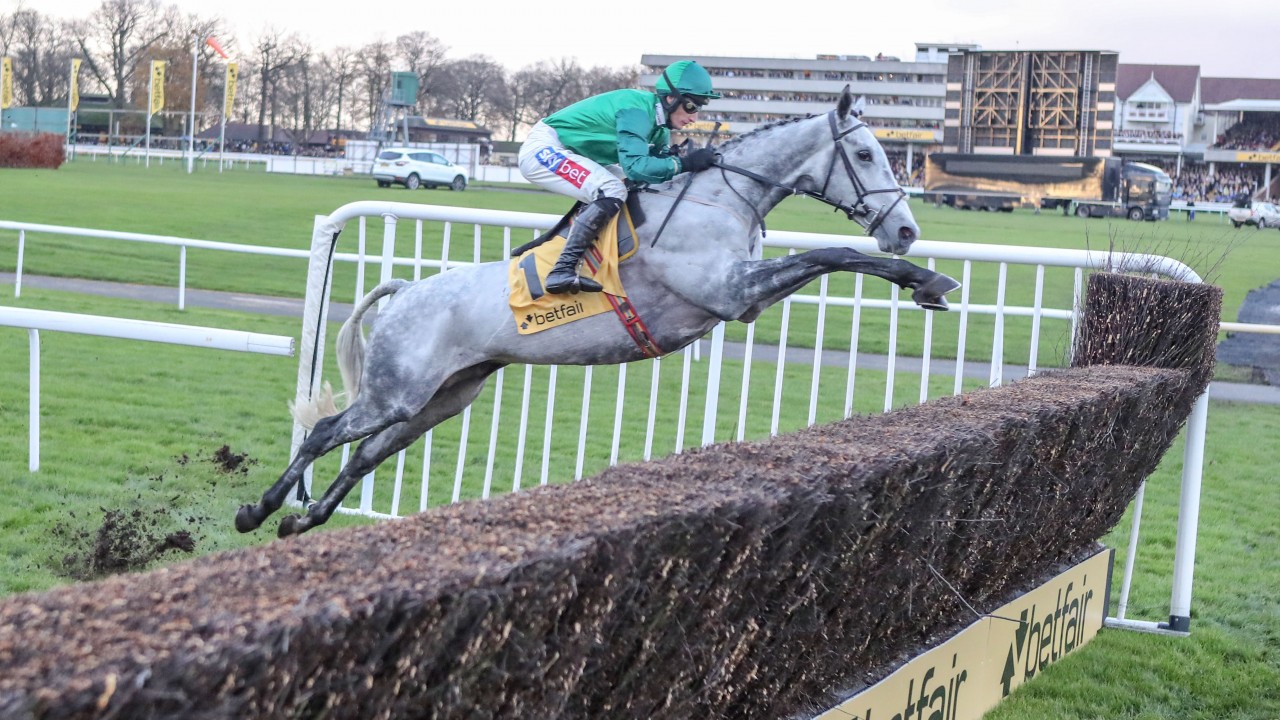 We have often called Bristol De Mai a heavy ground specialist but perhaps it is time for us to simply refer to him as just a very good horse. He landed a second consecutive Betfair Chase on Saturday at Haydock, proving himself to be too strong for what was an exceptionally talented field, and there was no fluke about the performance either. This was a fantastic race, and pretty much every horse with the exception of Might Bite ran their race, but Bristol De Mai was the one good enough to come out on top.

Here is our breakdown of every runner in the race, how they ran and what to expect from them moving forward.

A fantastic win for this popular grey, he is a real course specialist, but there is no doubt that he is an incredibly talented horse. After the race Nigel Twiston-Davies spoke about how tough it is to keep him fit for a full season, so he is certainly a horse to keep your eye on, although not one to put your maximum faith into. When he is at his best, and fit and ready to go like he was on Saturday he is up there with the best staying chasers in the country, no doubt about it.

A solid starting effort from last year’s Gold Cup winner, although he didn’t quite look himself. A combination of not quite being fit enough and not having the chance to dominate the race led to that, and eventually was the beating of him. We saw Native River dominate the field at Cheltenham last season, Bristol De Mai didn’t let him do that here, it was a very good ride by Daryl Jacob to keep one of his main rivals from doing what he does best. On the tougher track at Cheltenham with an uphill finish and the slightly softer ground I think we will see a different Native River, and if he is allowed to dominate things like he did last year he will prove to be incredibly tough to beat.

What a great run back from injury for the old boy. He went down by single figures, but you could easily argue that he lost at least 12 lengths from poor jumping. That has never been a real strength of his, and with this likely to be the last year at the top of his game, I wonder whether they will continue to jump fences with him. He heads to the King George next time, a poor round there and the Tizzards must surely think about the World Hurdle. That’s what I’d do if I owned him, if staying healthy he surely goes very close in that race.

A great run from the Paul Nicholls six year old, proving he does belong in races like this. The Nicholls team have a big decision to make with him though, do they go for the big pots and see him as a lively outsider or do they lower their sights a little and run in Grade Two races where he would have a great chance. I could see him swerving the Gold Cup and running in the Ryanair at the festival, although Politologue may decide where he goes if Paul Nicholls doesn’t want them running against each other.

The confidence behind Might Bite going into the race points towards him being fit enough to do himself justice, so to see him drop away like he did was very concerning. The Gold Cup can take it out of horses, has the Gold Cup taken it out of Might Bite. If no injury comes up, then that could certainly be the case. There is no doubt he has all the talent in the world, but he didn’t look right on Saturday, and has to show something on the track before I get involved with him again.