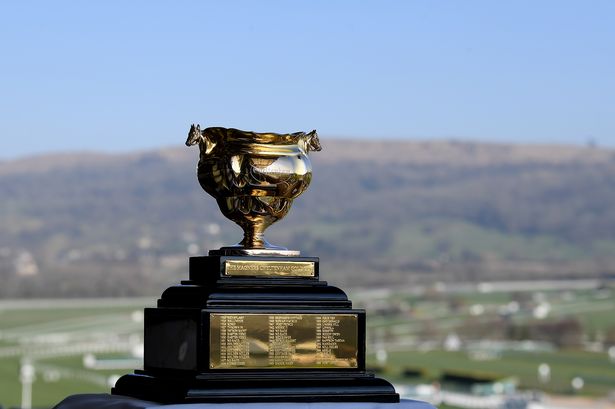 The Cheltenham Gold Cup is the feature race on day four, and the biggest race of the entire festival, and this year we look to have a fantastic field going to post for the race. We have a big field too, with 16 runners declared and a wide open feel to the race making it a race of varied opinions.

We have youngsters up and coming trying to make the big time, previous winners, old favourites and much more, this really does look like being a great race.

The favourite for the race looks set to be one of either Clan Des Obeaux, Presenting Percy or Native River, and they could not be more different in terms of experience and what we have seen from them.

Native River is the first horse to touch on, being the current champion. A slog around Cheltenham on soft ground over this trip is exactly what he needs, and he was brilliant when grinding it out last year. This year, he hasn’t really done anything of note if I am honest, but the two races he has ran in have not offered him the kind of test he needs, so being fair to him, he has had an excuse so far. Conditions are perfect for him here though, and you can bet the Tizzard’s have spent every second of the day ensuring he is right for this.

Clan Des Obeaux is certainly the best horse in this race based purely on what we have seen this season. He warmed up in the Betfair Chase, but since then he has won the King George and put up an impressive performance in a race at Ascot as a prep run for here. Three miles looks his ideal trip, but if there is one question mark over him it is 3m2f around a stiff track like Cheltenham. He reminds me a lot of Might Bite, who I had a question mark over staying last season. If he does stay then there is no doubt this horse has a massive chance.

Presenting Percy has had the strangest preparation for a Gold Cup runner that I have ever seen. We have seen him once this season, over hurdles and he won that race nicely enough. However, that is all, and to make things worse, his trainer doesn’t speak to the media so we don’t really have any idea why he has had the prep he has, and if he is fully fit going into the race. His win in the RSA last season puts him right up there with the best, but who knows what shape he is in right now.

There are positives and negatives about the front three in the market, it wouldn’t be a surprise to see either of them win, but none are forcing me to part with my money to back them. I’m more comfortable looking elsewhere for some each way value in the race.

The way the race is shaping up, I think a lot of people will be looking outside the top three for a bet, me included.

One of my fancies is Thistlecrack, who got very close to Clan Des Obeaux in the King George, and in all honesty he was really the only horse to give him a race. If you run that race over another couple of furlongs on a stiffer track, which we are doing here, then I’d fancy Thistlecrack to turn around the form. He has to replicate that run though, which was the best we have seen him for a long time, and this really is last chance saloon for the 11 year old, but it is easy to make a case for him.

Elegant Escape is from the same yard, and another I like at a price. His form from last time out was franked by Frodon winning the Ryanair, and there is no doubt that the race wasn’t enough for him. The tougher this race is, the better for him, and any more rain will only help his cause. He will be staying on past beaten horses up the hill, and could well run into a place.

Second in the race last year was Might Bite, and he has been very disappointing so far this season so I am happy to overlook him, as I am Bellshill, who looks like a top Grade Two runner, but not capable of beating the best of the best.

Third in the race last year was Anibale Fly and on top of that, I thought he ran a cracker in preparation for this race over a distance far too short. We saw with how he ran last season that he is a stayer, and needs every yard of this trip to be seen to best effect. He ran Monalee close over much shorter and looked full of running at the end. That race will have put him spot on, and he could have a squeak in a wide open race.

With question marks hanging over pretty much every runner in the field, going each way is the best option here, and where the value really lies.

I think on form, Thistlecrack is overpriced and he is one of my two picks. Add another couple of furlongs onto the King George and he gets much closer to Clan Des Obeaux, on top of that he likes this course and it will suit him more than Clan Des Obeaux.

My second pick here is Anibale Fly, who really caught the eye last time and ran a nice race to finish third last year. Expect to see him staying on late and if this race is a real test and some of those up front can’t go the pace then expect this horse to chase them down and get involved.

A thrilling Gold Cup, which looks wide open and for me, I’ve gone for two big priced runners each way, with Thistlecrack and Anibale Fly. 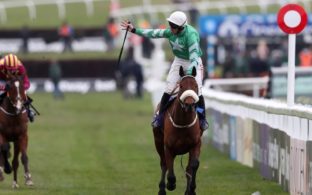