The front running Making Miracles blew all chance he had at Musselburgh on reappearance by missing the break and finding himself at the back of the field. That ruined his chance, but despite that he stayed on strongly down the outside to finish 5th in the race. He will need to break better here, but is strongly fancied to go close assuming that he does.

The horse has another couple of furlongs in front of him today, which I think will bring out even more improvement in him, which is another positive for me. There is every chance that he will come on for his first run as well. Although the Johnston horses are fit enough to go well first time up, with a big stayer like this horse, regardless of the work done ahead of his first start, he is still likely to come on for the run.

I think the biggest danger here will be his stablemate Lucky Deal, who finished ahead of him in 4th at Musselburgh. He also missed the break that day, but he wouldn’t have been as inconvenienced as the selection. That was also his fourth run of the season after an all-weather campaign, so he should now be at full speed, which our lad probably wasn’t.

With all of that in mind, I think Making Miracles can reverse the form here, and I fancy him strongly to take the staying prize at Ripon on Saturday. 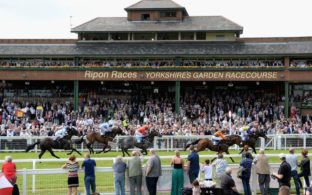