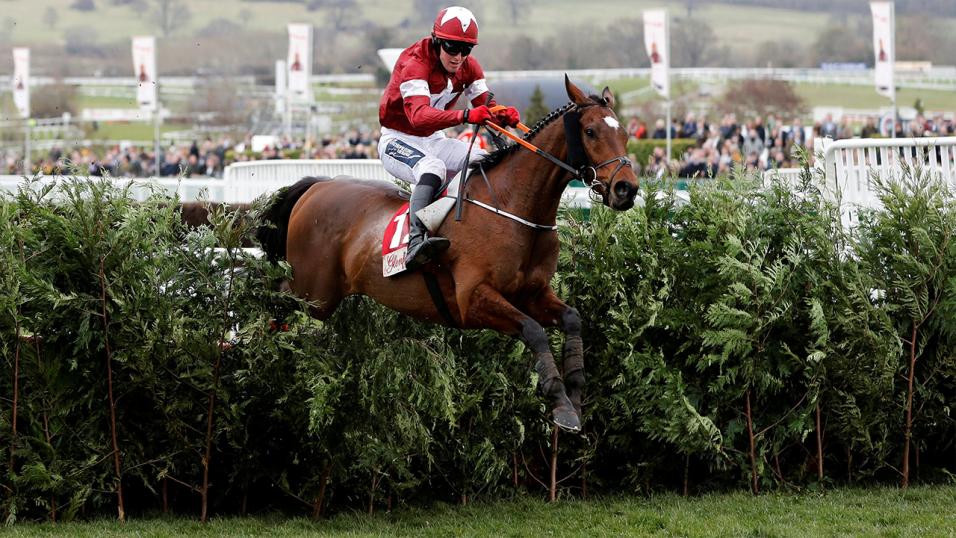 Tiger Roll is without a doubt one of the most popular horses in training and at the weekend he enhanced that reputation even further with a fantastic win at Navan. The horse won a Grade Two hurdle over 2m5f, a race that is far from what he is known for and best at, and it just goes to show just how good this horse really is, and why he gets the respect he does.

Speaking after the race, Gordon Elliott said that the horse was roughly 75% fit on the day, and will come on a lot for the run. He specifically made sure there was work left to do ahead of the two big targets he has this spring, the Cross Country Chase at Cheltenham and the Grand National at Aintree, the two races he won last year.

He goes for the ‘double-double’ this season, and it is no surprise to see him as the favourite for both races. He has shortened in the betting for both too, following his impressive victory at the weekend. He is now as short as even money to take the Cross Country Chase at the festival, despite us being a month away from the race. He was moved in to around 12/1 for the Grand National from 16/1, and again that is no surprise to see. The weights came out for the big race last week and he has more weight to carry this time around, but he is in great order and could well be capable of carrying it.

Before that though, the nine year old heads to Cheltenham for the unique test that is the Cross Country race. He took to it well last season, and looks tailor made for the twists and turns of the course, so it is going to take a very good one to beat him on that course. He has already won three times at the festival, in three different races, and winning a fourth would see him move onto a list with some of the greatest horses we have had the pleasure of watching. That is without adding into the equation the Grand National win, and the possibility of a second.

Red Rum won back to back Grand National’s, but no horse has ever won the ‘double-double’ across the Cheltenham Festival and the Grand National, which is what is up for grabs this year. This is a very special horse, and one that the nation has really taken a shine to. A win at both the festival and Aintree would be the fairy tale he deserves, and would certainly make him one of the greats of the game should he pull it off.