Tornado Flyer vs Battleoverdoyen on Sunday in Ireland 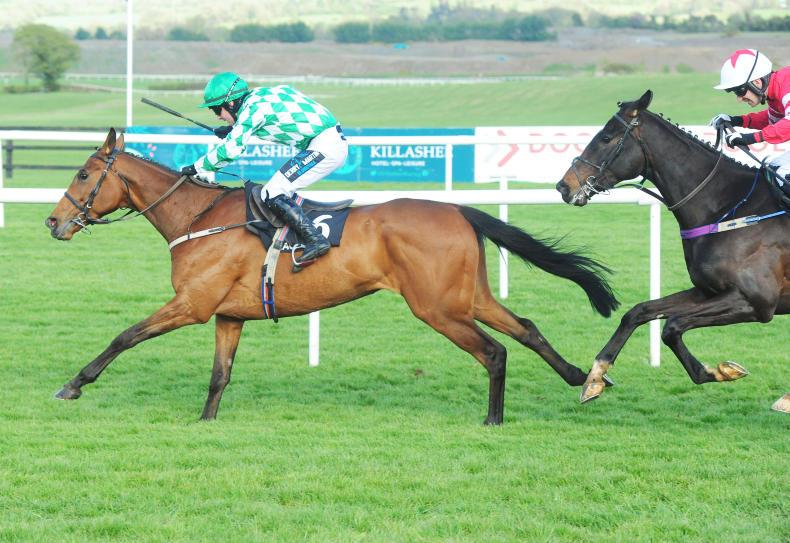 We see it on a regular basis in Ireland and once more this weekend the big Grade One race on Sunday is dominated by a clash between Willie Mullins and Gordon Elliott. The two top trainers and in full control of Irish racing and it is two youngsters that are going head to head at Naas in the shape of Tornado Flyer for Mullins and Battleoverdoyen for Elliott. Both appear to have very bright futures ahead of them based on what we have seen from them so far, and the winner of this race is going to lay down a marker to the rest of the novice division.

We have only seen both of them once over hurdles, and they both won those races with ease, but overall we have seen a little more from Tornado Flyer. He ran in three flat races last season, which included a third in the Champion Bumper at Cheltenham, and a win in a Grade One bumper at Punchestown shortly after. He showed great flat speed to perform well in those races, and ranked amongst the best novice prospects going into this season due to those runs. He has been seen once over hurdles and did nothing wrong, cruising to win by just under three lengths at Punchestown, showing that he could be as good as the reputation he has.

Battleoverdoyen has only been seen under rules twice after coming from the point-to-point circuit. He ran in one point race and won it before being bought and moving to Gordon Elliott. A flat race victory of over six lengths in November got his career off nicely, and he was quickly sent over hurdles as the yard wasted no time with him. Navan was the course where he made his hurdling debut and just like Tornado Flyer he was very impressive, eventually pulling away to win the race by 13 lengths. That was over two miles, and this will be his first rules run over further than that but considering he won his point-to-point race over three miles, there shouldn’t be any concern with the step up in distance of half a mile to 2m4f.

Lone Wolf from the Joseph O’Brien yard and Commander Of Fleet, who disappointed last time from the Gordon Elliott yard are outsiders that cannot be discounted but if the two favourites run their race and live up to their expectations, this race will be between them. Both look to have very bright futures ahead of them, and this will not be the only time they will run in Grade One contests in 2019. The winner is likely to be a strong favourite for the Cheltenham Festival, adding something else to this intriguing matchup.