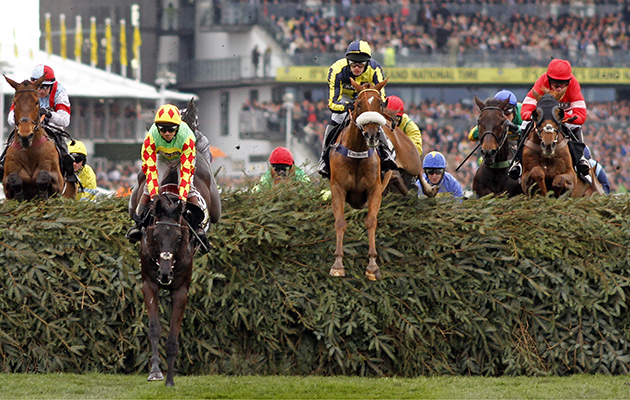 The day has come when the Grand National entries and weights are out, and we have a bumper line up in place to run in the biggest horse racing of the season. There was doubts surrounding the number of Irish runners we would have in the race due to potential travel problems just a week after Brexit is scheduled to happen, but so far trainers from across the Irish Sea do not seem concerned by this.

A record 47 Irish runners are in the race at this stage, and nearly half of them are from the Gordon Elliott stable. He is planning on running multiple horses in the race, and says that assuming his runners come away from the Cheltenham Festival he could have double figures involved. One horse going to Cheltenham then onto Aintree for sure will be Tiger Roll, who won at both meetings last season. He won the Cross Country Chase at the Cheltenham Festival before going onto Aintree and winning the Grand National. He is aiming to do exactly the same again this season, although he does have more weight to carry.

Another Irish trainer with a number of entries is Willie Mullins and his two biggest chances appear to be Rathvinden and Pleasant Company. The first named won the four mile National Hunt Chase at the Cheltenham Festival last year to show he relishes a stamina test while Pleasant Company finished second behind Tiger Roll in the big one last year.

The weights are headed by Bristol De Mai, who will first run in the Gold Cup before deciding on whether he is able to run in the Grand National. It would take a huge weight carrying performance from the likeable grey to win off top weight, but we have seen it done before. Perhaps the number one contender from the Nigel Twiston-Davies yard is Go Conquer, who was very impressive when winning the Sky Bet Chase at Doncaster in January, and looked then as though he would happily race over further when the time came.

On the same day as the Sky Bet Chase last month, but at Cheltenham, we saw a fantastic Grand National trial from the Welsh National winner Elegant Escape. He dropped back in trip to three miles for the Cotswold Chase with the Gold Cup in mind, but struggled to go the quicker pace and was on and off the bridle for a good part of the race. As the horses approached the Cheltenham hill at the end of the race he stayed on strongly, but just couldn’t get up in time. That showed he needs further, and this kind of stamina test could bring out even more from him, which makes him an interesting runner and it is no surprise that he is currently vying for favouritism with Tiger Roll.

Now the weights are out, horses are able to run without fear of a rise so you can expect to see a number of contenders for the Grand National running over the coming weeks. The first big trial for the race comes on Saturday, when the Haydock Grand National Trial takes place.