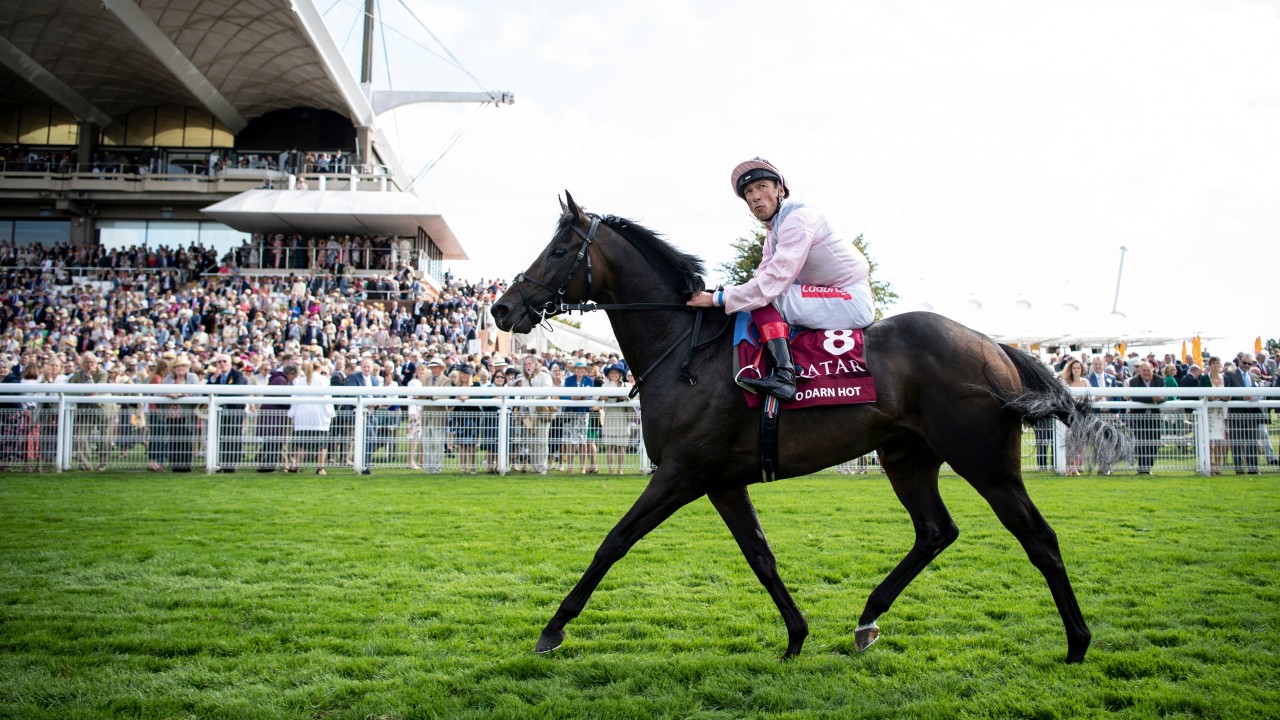 The racing career of Too Darn Hot has certainly divided opinions over the past 12 months, but unfortunately it has now come to an end. The three year old suffered a leg injury, possibly during his win in the Sussex Stakes and this has been revealed as a hairline fracture, which puts an end to his racing career. The injury is not life threatening which is great news and he will recover over the next few months before heading to the Dalham Hall Stud in Newmarket, where he will begin covering mares in 2020.

This is a horse that has divided opinion slightly, but his record cannot be argued with. He went unbeaten as a two year old and at the end of that campaign he was rated at the same level as Frankel. Many thought he was going to be the next great, but that didn’t pan out for him in what was a troubled start to life as a three year old.

He missed the Guineas due to injury and was then aimed at the Derby, with his first run of the season coming in the Dante Stakes at York over 1m2f. He was second that day, but as soon as Frankie Dettori jumped off his back, he said the horse didn’t stay the trip, so an extra two furlongs in the Derby certainly wouldn’t suit him.

That pushed trainer John Gosden back to the drawing board, and a quick follow up run in Ireland where he ran in the Irish Guineas. Again that resulted in a second placed finish, with the quick turnaround being blamed for defeat, things just weren’t going right for this horse. He then went on to finish third at Royal Ascot, running well and being beaten by just a length.

We then finally got to see a glimpse of the star qualities we saw last year in his final two runs of his career. He travelled to France and won a Group Two race at Deauville with ease, and followed that up at Goodwood last week. Looking at the result from last week, he won a Group One by half a length but he was far more impressive than that gives him credit for, he travelled really well and did it nicely, something that got us all excited about him again.

Unfortunately after that we were all dealt the news that we would not see him at a racecourse again, and that he would be retired. The remainder of this season would have been really intriguing for this horse, could he have shown us all that he is the same horse as last season, or has he regressed with age? We will never know. One thing we do know is that his crop when he goes to stud are likely to be in high demand with those who are willing to take a chance on him.

Being the champion two year old will appeal to those looking for an early type, while those looking for something long term will be taking a slight risk, but one that could really be rewarded. While the racing chapter is over, the breeding chapter is yet to begin, and if things go to plan then this won’t be the last time we are talking about Too Darn Hot.